* In case of any delay in receiving the OTP, you may verify it later. Please proceed without verification.

Enter your City name or Pincode

Located in the historical Angul district of the eastern state of Odisha, Athmallik is a small town with a historical heritage. One of the 26 Feudatory states of Odisha, the origins of this small but old town dates back to the 11th century and is believed to have been founded by Pratap Dev of Kadamba dynasty. Legend has it that Pratap Dev had a feud with the ruler of Puri, who had killed two of Pratap Dev's brothers. 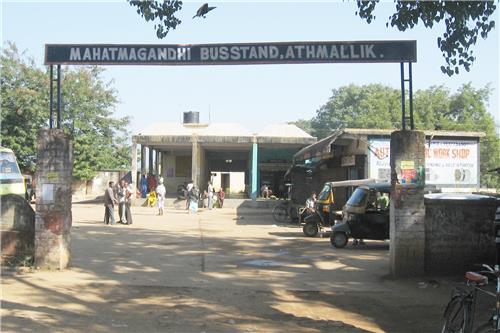 Athmallik
With his remaining family, Pratap Dev fled first to Baudh and then to Hondpa. Having defeated the local chief, he then divided the state of Athmallik in 8 divisions to suppress any uprising against his rule. He appointed 8 chieftains, or Malliks to oversee those divisions, hence the name Athmallik. After Pratap Dev, the records show that this erstwhile state then was successively ruled by 42 kings of the same dynasty. In the last quarter of the 18th century, Raja Laxmidhar Dev, cut off allegiance with the Baudh state and declared himself as an independent ruler of Athmallik. After its rather long rule, then state then merged with Dhenknal in 1948 and remained under Dhenkanal District until 31 March 1993. After the bifurcation of the district in 1993, it became part of the Angul district.

Athmallik is located in the south west tip of the Angul district which itself lies more or less in the central Odisha. To the east of Athmallik division lies Angul, Phulbani division of the Angul district in the south and to the west and north, it shares its boundaries with Sambalpur. The geographical location of the Athmallik town is 20°43'24.5"N 84°32'07.7"E. From the district headquarters Agul city, it sits on the west at a distance of about 84km. From Boudh city, it is to the east at a distance of 40km. Athmallik is accompanied by the mighty river Mahanadi which skirts past the city of Athmallik.

The annual climate of Athmallik is divided into four seasons, namely; summer, monsoon, post monsoon transition period, and winter. The summer lasts from March to mid June, followed by the monsoon which lasts from June to September. The months of October and November are considered as a transition period. Winter arrives at the end of November and lasts until March. December is the best time to visit the city of Athmallik.

Many remote towns and cities in India suffer from a basic educational infrastructure and hence have seen a slow progress in terms of literacy. The total rate of literacy in Athmallik city is quite low at 78.57%, which, however is higher than the Odisha state average of 72.87%. The male literacy of the total literate population is around 86.44%, while the female literacy rate lags behind at 70.41%. The main language of the region is Odia, however, with the confluence of so many ethnic communities and groups, there are a number of local languages and dialects.

Athmallik city is located in the district of Angul which was created in 1993 from the district of Dhenkanal. The Angul district is extremely well known for the natural resources such as coal and has the largest aluminium corporation in India, ie. National Aluminium Co. Ltd. The district is also known for the high number of coal deposits. Since about 42.16% of the entire district is covered in forests, the amount of the forest produce is also very high. The minerals that are found in the region include Coal, Chormite, Graphite, Maganese, Mica, Keyanite, Granite, Laterite, Sand (stow), Quartz. The forest produce includes Timber, Kendu leaf, Fire-wood, Bamboo, Ayurvedic and Medicinal herbs and other minor produce.


Culture and Language in Athmallik

Since Athmallik lies in the mountainous region of the Angul district, its culture is also influenced by several tribal as well as agrarian communities. The region sees a number of festivities and celebration throughout the year that are celebrated with song and dance alike. There are two types of festivals. Sarbajanina or community based or Gharoi or family festivals. Sometimes an ethnic group of families comes together and observes fasts and religious rituals such as the Gurubara Manabasa, Sudasa Brata, Sabitri Brata, etc. Some of the most celebrated festivals and fairs include Hingula Yatra, Akshaya Tritiya, Chandan Yatra, Ratha Yatra, Ganesh Puja, Nuakhai, Viswakarma puja , Durga Puja, LaxmiPuja / Kumarotsav, Kartika Purnima, Sripanchami (Saraswati Puja), Binkei Yatra etc.

Rice is the staple diet of the people in the region. The daily meals include Dal, boiled rice, and local vegetables. Chuda (flattened rice), Mudhi (pop rice), Pakhal (watered rice) are some of the delicacies in the region. Among the tribal communities, millet, pulses, beans, sweet potatoes etc. are very popular.

Like so many former princely states in India, Athmallik also has a long and glorious history. For the tourist, to visit a town of historical importance always presents an opportunity to experience and explore into the cultural, historical as well as the spiritual sides of the place. Athmallik is no exception when it comes to places of tourist interest. Following are the details.

Around 25km from the city of Athmallik, on the banks of the mighty river Mahanadi, sits the temple of Goddess Binikei atop the high peaks of Panchadhara hills. The temple is known as a crown jewel that adorns the beautiful hills. Apart from the temple, the spot is very famous for a gorge in the river which is a sight to behold especially when the river is flowing with full force. Every year Binikei Jatra, or the fair of Binikei is organised on the 10th day after the Dolapurnima in the Indian month of Chaitra. Getting to Binikei temple is fairly easy as the tourist could hop on to the bus, or arrange for a taxi or an auto – rikshaw ride.

Another place of tourist interest in Athmallik includes the Deuajhari temple. Situated in the beautifully dense forest of Jasmine forest (lwhici to the locals is known as Kaibana), this temple is a mere 6km from the city of Athmallik. The temple is marked with the high walls that surround its courtyard. The temple is famous for the hot water springs. Legend has it that there are more than eighty such springs in the region but due to the density and thickness of the forest, it is impossible to find them all. There are 24 such springs that the tourists could visit. Some of them include Agnikunda, Taptakunda, Himakunda, Annantakunda and Labakusa Kunda, which are more famous among the others. The temperature of these waters varies from 40°C to 62°C. The temple is dedicated to Sidheswara Baba and is spread in the vast area of around 24 acres of land.

Athamallik is located in the plains between the mountains on one side and the Mahanadi river on the other. In case you just happen to arrive into the city for work, or by chance, you might do well to take a walk along the beautiful banks of the river or explore the hills in the region.

Athmallik is a very small town and does not have any hotels of good repute. In case you wish to live in the region, you shall find a few hotels in the nearby city of Boudh, around 40km from the Athmallik city.

Since Athmallik is a very small town there are only a handful of utility services available in the city. For other things, Boudh is a better option. However, following are the essential utility services in Athmallik such as hospitals, police, banks and post office.

Athamallik has only one hospital. For more options, travelling to Boudh or Angul is a better idea.

No matter how small a city or village, is the banking sector in India, especially the public sector banks have penetrated into the faraway nooks and corners of India. The presence of a bank is tantamount to the economic infrastructure to any settlement. However, being a very small and remote town, Athmallik is yet to have a bank in its territory. The banks can be found in the neighbouring cities of Boudh and Phulbani. However, for more options, Angul is a better option.

By Train : Due to its geographical terrain and the remote location among the hills, the small town of Athmallik is yet to be connected with the vast network of the Indian Railways. The nearest railway station to go to Athmallik is Boinda (BONA) which is located at a distance of about 32km from Athmallik. Boinda is well connected by rail to the major cities in India in the north, south, east and west.

By Air : If you are travelling to Athmallik in a plane, the Biju Patnaik International Airport at Bhubaneshwar is the nearest airport. It has a domestic and an internation terminal. The domestic flight terminal offers daily flights to Delhi, Mumbai, Kolkata, Bangalore, Hyderabad. The international flights are routed through New Delhi. The distance between the airport and Athmallik is about 201km.

Comments / Discussion Board - About Athmallik